How brands could unlock millions in Super Bowl royalties 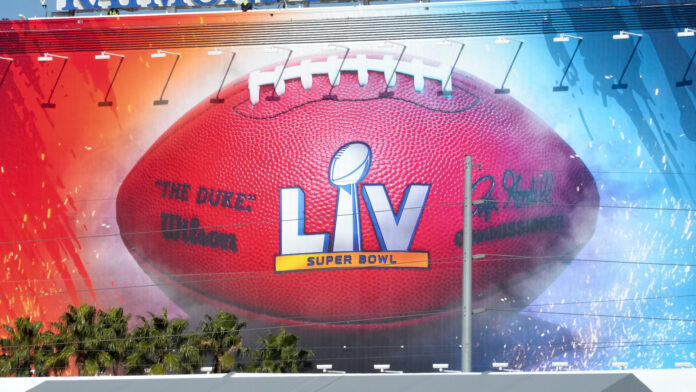 The annual Super Bowl is one of the world’s most-watched sporting events, attracting millions of eyeballs across the globe, while being the most-watched American TV broadcast of the year.

It’s clearly a huge pull for advertisers, but in a year when many of the biggest brands sat out the Super Bowl, could there have been a relatively untapped source of return for investment that they have missed out on?

Despite drawing the lowest viewership since 2007, the 2021 NFL Championship final which took place last month was watched by 91.63 million viewers in the US, and upwards of 30 million elsewhere.

For marketers, this sporting showcase presents an almost unparalleled opportunity to put brands in front of audiences, with millions of dollars spent each year on buying media space and producing celebrity-filled campaigns.

This significant media-spend by brands remains a hotly debated topic across the advertising industry press, and for good reason.

The arguments for investing in the Super Bowl are valid, it’s a world-famous sporting event like no other, which delivers across multiple metrics.

Thanks to COVID however, this year’s event wasn’t quite the same, with fans limited at games and the absence of the big parties.

And as a result, a number of brands typically known for investing significant amounts in Super Bowl advertising chose to sit this one out, including Budweiser, Pepsi and Olay.

Each brand will no doubt have had their own reason for doing so. But with marketing budgets slashed as a result of the pandemic, this will undoubtedly have been a major factor in the decision making.

I am willing to bet however that few, if any, of these advertisers will have considered the possibility of recouping some of their Super Bowl advertising investment. And let me be clear, it is quite possible to do.

Every successful advertising campaign comes with a carefully created soundtrack, providing an audio backdrop to the visual production.

But what about the royalties associated with these soundtracks?

Have any of these brands considered that they can take the publishing rights to these soundtracks and claim royalties every time they are replayed around the world? Just think of the potential revenue this could generate.

Our analysis of the industry suggests there are hundreds of millions of dollars of performance royalties available for music used within advertising each year, yet approximately 20 per cent (between $100 – $200 million) is accurately reported and recouped by rights owners.

Staggeringly, that leaves over half a billion dollars unclaimed each year, with brands, agencies and musicians all losing out.

This data indicates a valuable opportunity for brands to earn significant amounts of money from existing media spend, particularly at a time when marketing budgets are under enormous pressure.

Moreover, this can offer a lifeline to the musicians and composers they work with, ensuring they are fairly compensated for the music they create. With the music industry under threat from continued lockdown restrictions, never has there been a greater need for this compensation.

The answer is in the tech

It’s important to note the complexities surrounding the accurate tracking of music used in advertising, particularly when you consider the amount of territories you would need to monitor around the world.

However, in spite of this seemingly impossible task, the solution lies in the application of data-driven technology. Through new innovations and the availability of multiple data sources, we are now able to dramatically simplify the music tracking process.

With the application of Big Data, our proprietary platform MusicTracker™ allows us to track and monitor not only where but also how often TV adverts are being played, enabling Collection Societies to ensure the accurate distribution of royalties to brands, to agencies and to musicians.

We worked with a travel brand that had been receiving £25,000 each year in performance royalties from the UK, with no international payments despite their adverts broadcasting in over 30 markets globally.

Using the application of data-driven technology, the royalties increased to over 20x per year, with payments coming from over 25 different markets, not just the UK.

The technology also enables brands to backdate the recuperation of royalties from previous years, bringing with it a meaningful catch-up payment.

In short, technology and Big Data can deliver unsurpassed results for brands by enabling accurate tracking of music used within advertising across the world, benefiting brands, their agencies, and the musicians they employ.

It’s time for brands to wake up to this economic opportunity and make it part of their revenue strategy when considering which major events and campaigns to support.